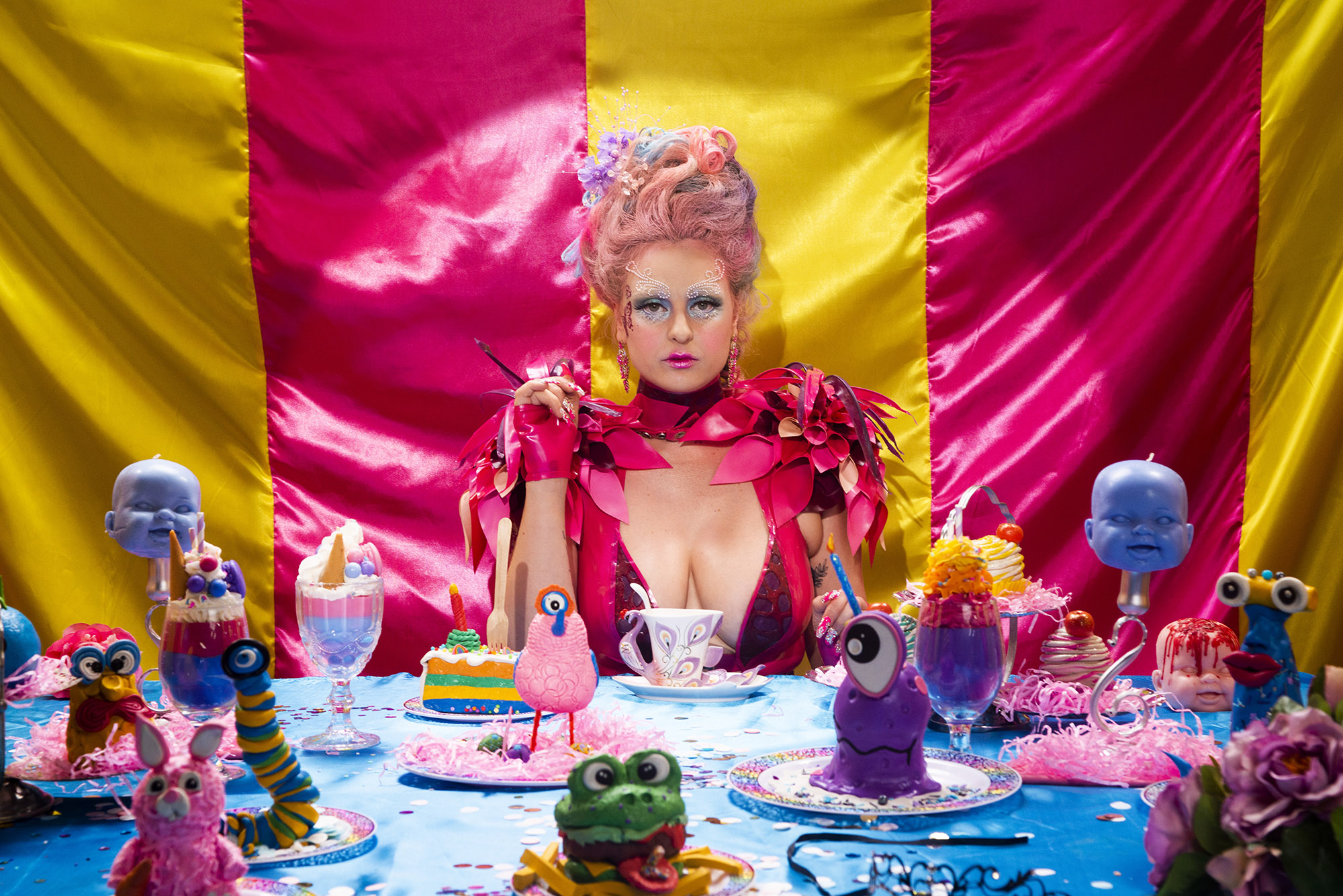 Valentina is having a tea party, when she calls upon the waiter and to her surprise a unicorn comes to greet her. She takes a sugar pill and ends up in many different dreamscapes. So her love addiction is now a sugar addiction. 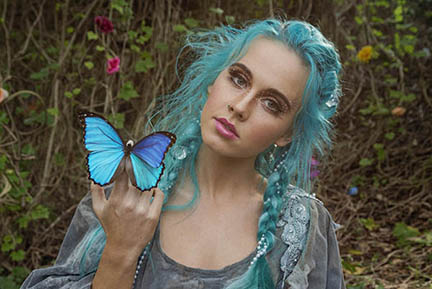 Emerging from the colourful primordial goup, this water nymph like creature is experiencing her first day on earth.

Dreams and Nightmares is the story of one man’s obsession with celebrity and the extreme body mortification lengths he will go to physically emulate his idol, but that his dream for physical perfection actual turns out to be a nightmare.

She is nervous, unsure and on edge. She has been sent to the band to be tempted and see if she breaks. It’s a test. She is tempted by two devils, but they fail. But when James the third devil does tempts her, she crosses the line and transforms with him.

“Winning respect for the Rat”

This film has been shown in a number of film festivals worldwide and is now been represented by Galloping Films Carlos Alpering (International Sales agent).

A girl is getting ready to go out in her motel room when she hears a knock on the door.
She opens it only to be greeted by a strange looking man holding a glittery pizza box, he opens the box to reveal a glam rock singlet. She takes the singlet and retracts to her room whenre she put its on.. Then.. The visions happen.

A couple stroll up a warf, and get into a waiting  boat, they travel to a secluded cove in Sydney and stop the boat, they enjoy the day and each other's company as young love blossoms. What seems like a perfect getaway is spoiled on by a second boat  approaching the happy couple. A champagne class drops near the cabin door revealing that everything is not as innocent as it seems..

A child awakens in a surreal fabricated backdrop. His insomnia is attributed to visions of a beautiful woman frolicking in a hotel room with 2 suitors. Is he dreaming of his possible mother? Is this a parallel universe in which his life force is awaiting birth? Whatever the case, she looks great in lingerie

Our new fashion film in collaboration with the talented Britt Foe, Xray Doll's Chrissie Hall and Prangsta Costumiers. Shot entirely on Super 8 Film in the UK